Every piece tells a story! Let me tell you all about them.

With over six decades of history behind them,  W. R. Harvey & Co. (Antiques) Ltd has become the first port of call for many collectors, dealers and visitors alike.  Starting after the war, Walter and later his son, David, have both adhered to the founding principles of quality and integrity.

Harvey’s became established and found their first premises in 1951, in Chalk Farm. There, they had a shop and a warehouse which housed their conservation department. Walter Harvey worked tirelessly making contacts, sourcing pieces and finding his niche in the Antiques world here. Over the next four decades the business grew to fill 14 showrooms at the one address. It was a different age, far removed from this one!

In the 1980’s the business gained new Mayfair premises in Old Bond Street.  Walter and David found their passion for English Antique Furniture dating from the reigns of Charles II through to George IV and provided an unparalleled service to both a domestic and international clientele which continues to this day. Nestled half way between Sotheby’s and Phillips (now Bonham’s) in Bond Street and Christie’s in King Street, Harvey’s were in excellent company. Walter and David worked hard building their business and the international reputation of W R Harvey grew in stature.

In 1996, Harvey’s moved once again. This time to Witney where they moved into a charming Georgian Townhouse with 5 spacious showrooms where they display both formal and country pieces. Harvey’s had arrived in the Cotswolds! Under David’s keen eye and dedication, Harvey’s has continued to adapt and grow in the 21st Century much to the delight of Harvey’s many friends and clients. 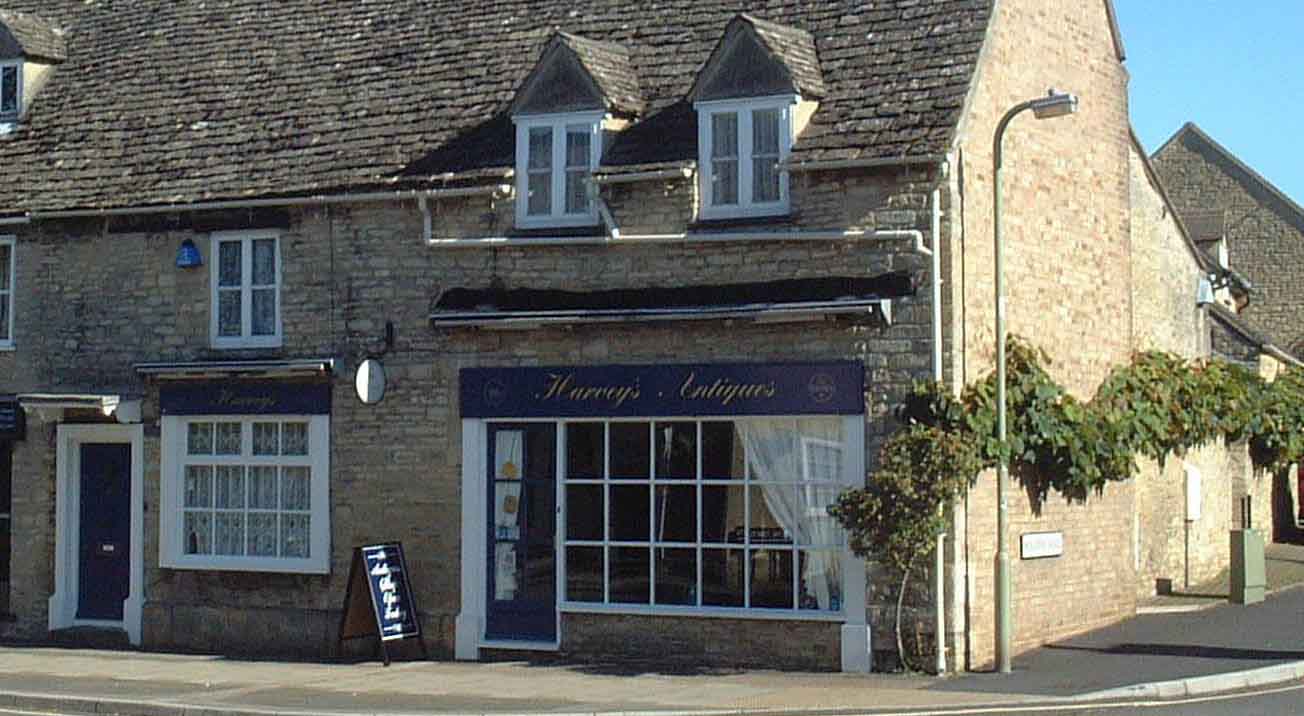 “Just a short note to say how delighted we are with the three pieces we purchased from you last week. The bedside cabinet looks good beside the bed, the candlesticks look great on the small William and Mary table and the Windsor chair fits perfectly in the kitchen.

We enjoyed reading your newsletter on Saturday and what we believe was an oblique reference to our visit to your shop.

Thank you for the generous amount of time you spent with us on our visit to you in Witney and for providing us with invaluable advice. We look forward to a return visit to you in the very near future.“