A rare George II Burr Walnut and feather banded card table attributed to Benjamin Crook, the rectangular lobed, hinged top enclosing a tooled suede playing surface with four guinea wells and candle stands to each corner above the frieze drawer, the whole raised on carved cabriole legs with shell, bellflower and scrolling to the knees and terminating in trefoil feet.

This striking Card Table has featured in 2 of our special exhibitions and catalogues. The first was filmed on location at Forty Hall, Enfield in 1991. 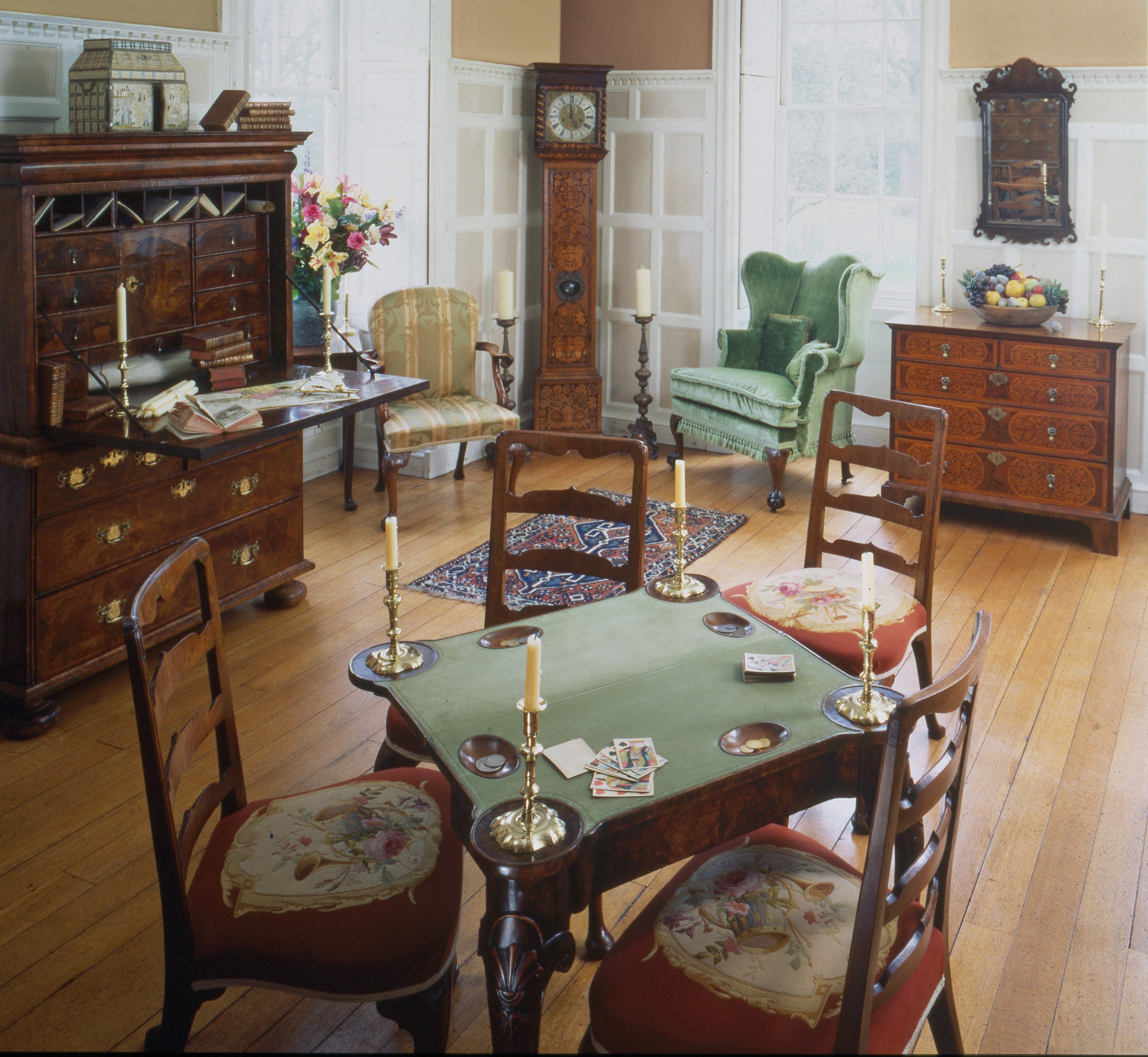 The second opportunity arose in 2004 when we had a special exhibition devoted to early English Walnut Furniture and the location this time was Ditchley Park in Oxfordshire. 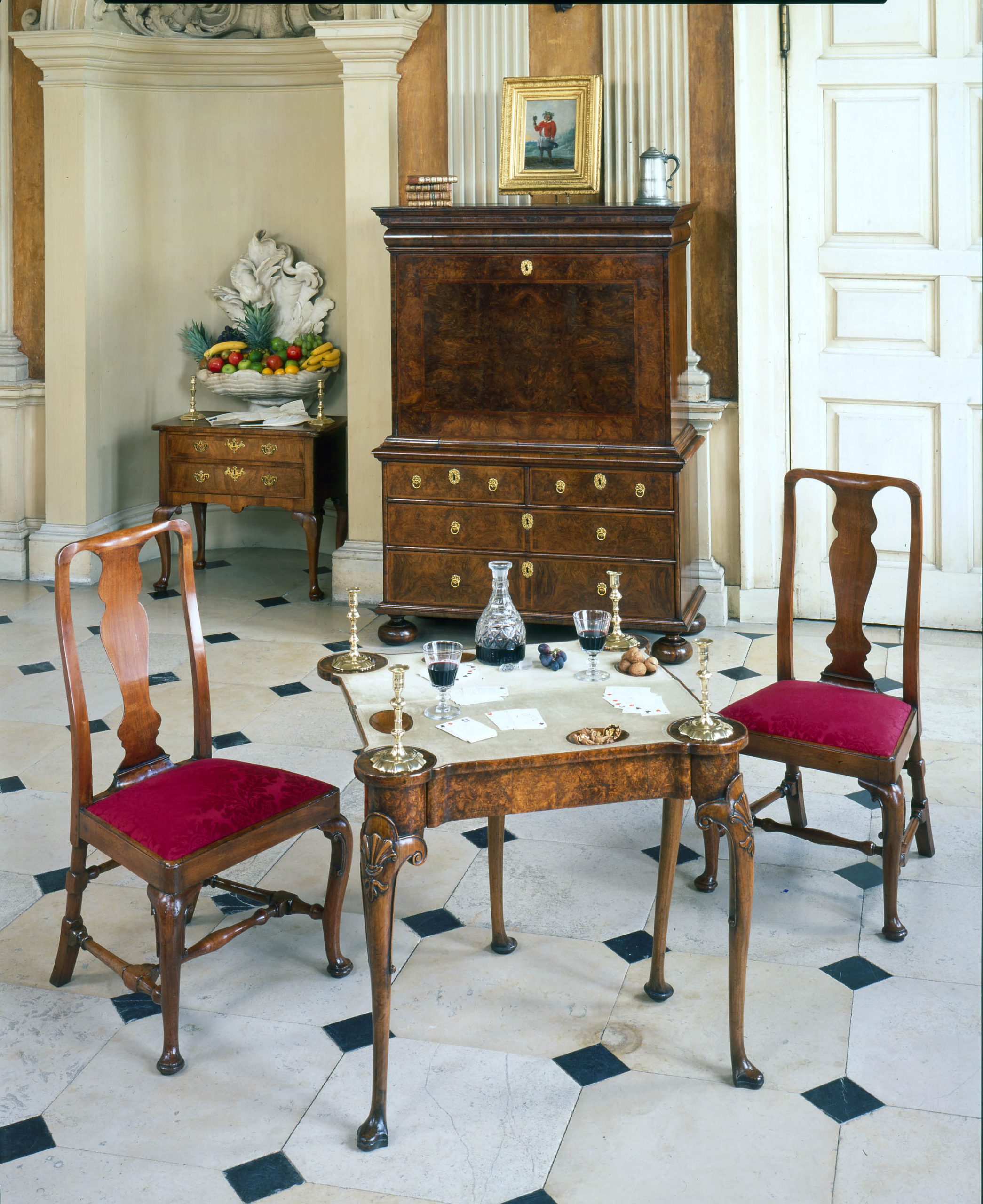 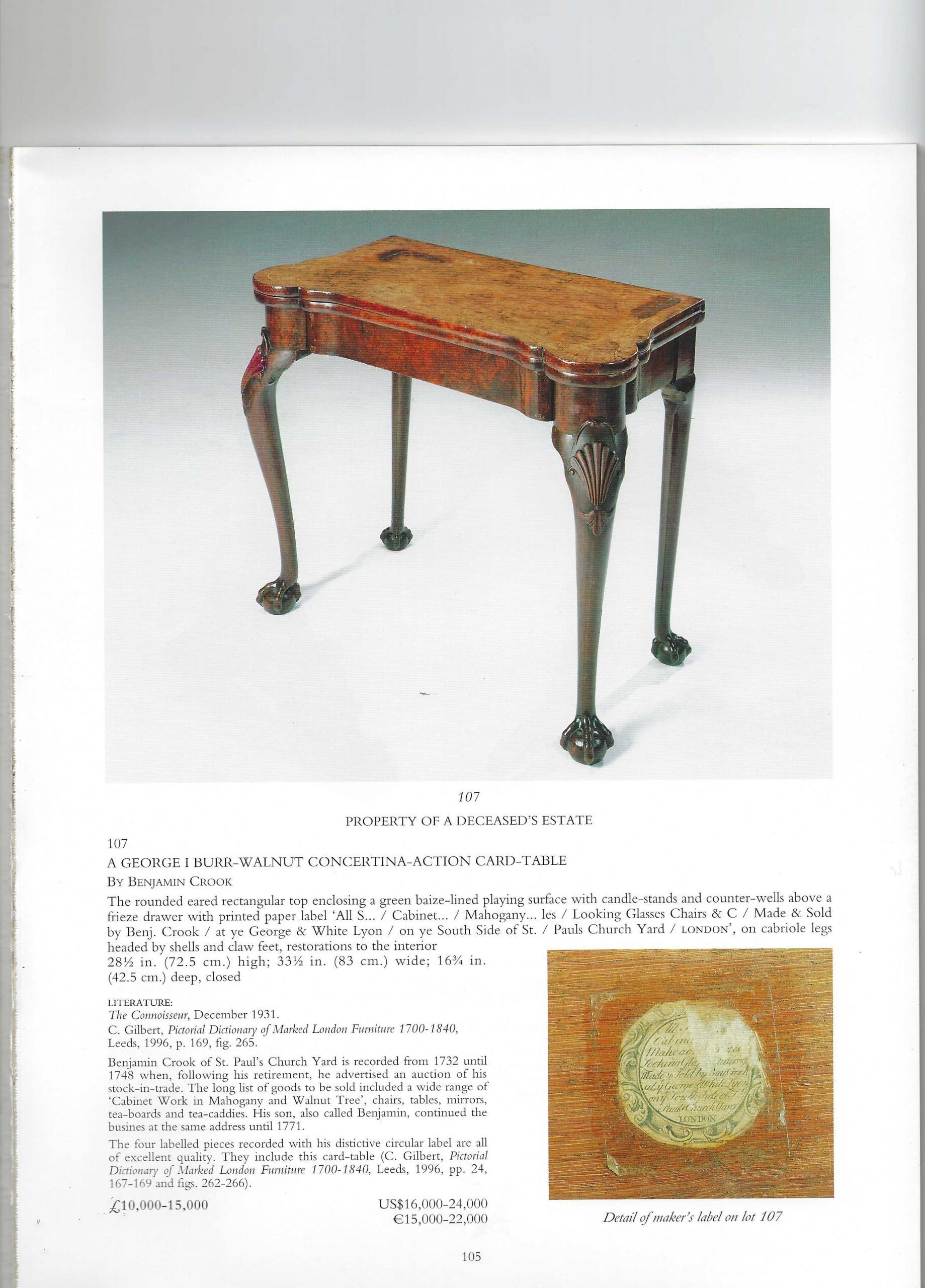 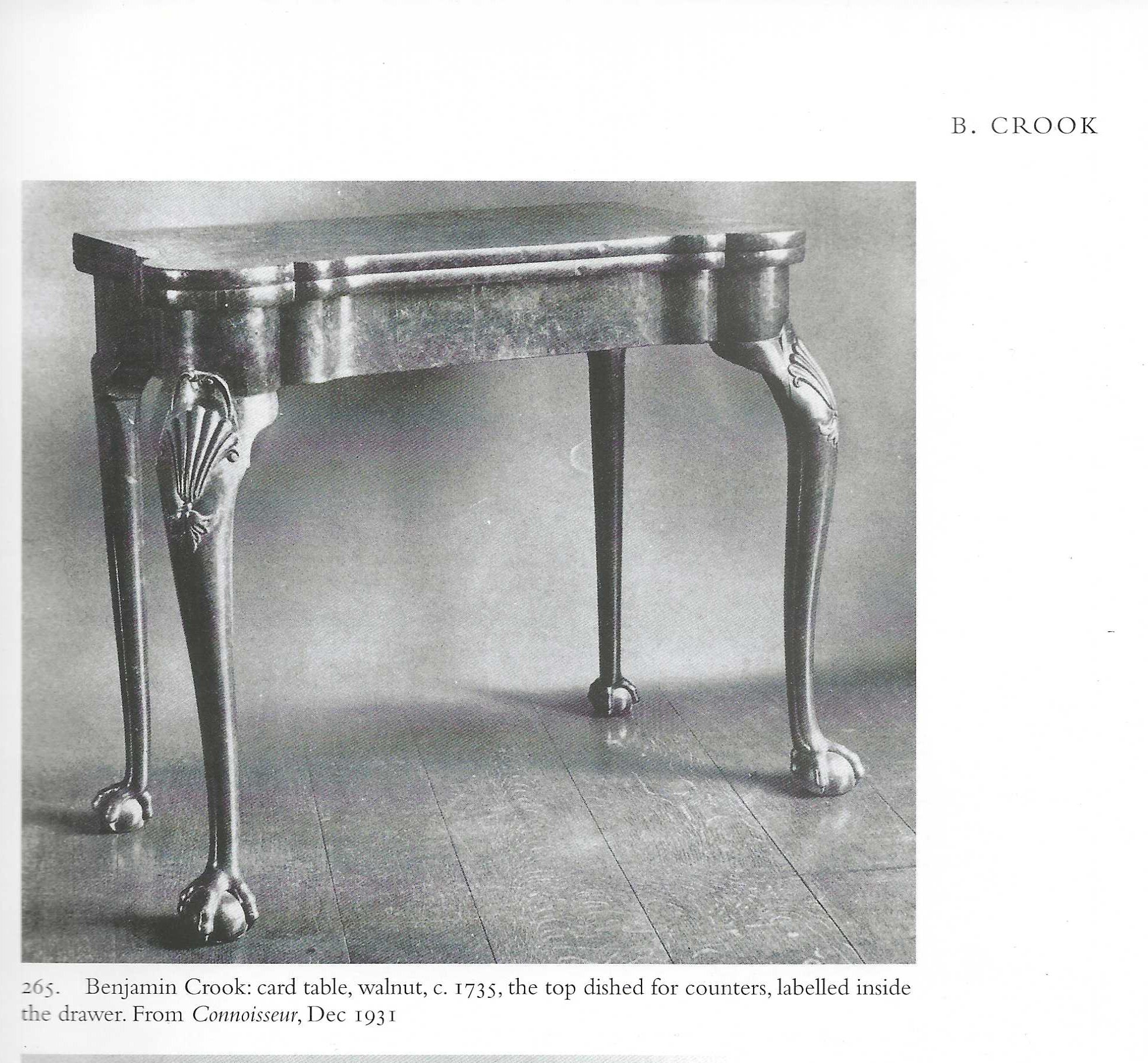 Delivery in the UK mainland is included in the marked price.